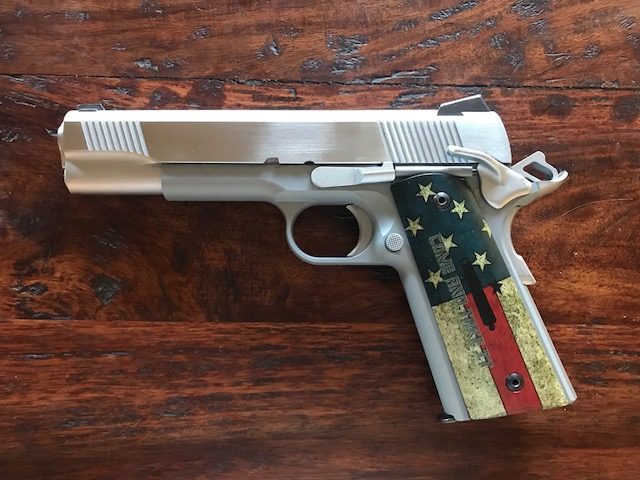 What is a Ghost Gun?

Ghost guns do not have serial numbers and are untraceable. Gunsmiths use metal, 3D-printed plastic, or other substances. Police claim criminals are using ghost guns more than ever, particularly in states like California where they are restricted.

People using ghost guns include gun enthusiasts, hobbyists, gunsmiths, and those that cannot legally get a gun. Supporters of the technology claim that owning a ghost gun falls under the Second Amendment. The court system has a problem with people making and owning the guns. Selling guns without serial numbers in the U.S. is illegal unless they were made before 1968.

Experts can’t calculate gun statistics accurately since the weapons cannot be traced. Police have reported sharp increases in the use of ghost guns.

Users purchase finished guns from dealers or manufacturers. Manufacturers purchase parts online and assemble the pieces to complete the gun. The easiest way to do that is to buy an “80% lower” or a partially built lower receiver, which comprises 80% of the weapon’s structure. The buyer adds the final 20% of key components.

Offenders use gun kits and 80% lowers to make guns. People forbidden to buy a gun, such as felons or mentally unstable persons, can purchase an 80% lower and then buy the remaining parts on the Internet.

In 2013, John Zawahri was involved in a series of shootings using an AR-15-style rifle. Zawahri built the weapon after buying a partially manufactured lower receiver and the remaining parts from out of state. Zawahri was not legally able to own a weapon. The shooting spree began during a domestic dispute at Zawahri’s home. He left home and forced a woman at gunpoint to take him to the Santa Monica College library where he killed five people.

He is one example of those that use ghost guns instead of buying a legal weapon. Police also report a rise in ghost guns in gang shootings.

In 2017, the ATFE office in Sacramento, California reported that undercover agents either purchased or seized 250 ghost guns.

The Department of Justice is considering a new take on the legality of bump stocks, an attachment that can be added to a semi-automatic rifle to make it fire faster. The investigation started after the mass shootings in Parkland, Florida and Las Vegas, Nevada. The shooter in Parkland did not have a bump stock unlike the shooter in Las Vegas. Experts state selling bump stocks may become illegal, manufacturing them is not.

Many citizens fear that the mass shootings may mean an end to their Second Amendment rights. Manufacturers of weapons, including ghost guns, routinely see an increase in sales following a mass shooting.

Legislation on ghost guns is ongoing. States such as California, New Jersey and Maryland have already said the weapons are illegal. Owners and manufacturers are hard to track. Dealers sell guns on the dark web or through other underground sources.